Technical details
DRR Dhan 48 (IET 24555) is a biofortified high zinc variety developed from the cross RPBio226*1/CSR27 following backcross and pedigree selection breeding released in the year 2018. The variety is similar to variety BPT 5204 popularly known as ‘Samba Mahsuri’ in most of the characters. This variety contains high zinc content of 22 ppm in polished rice and 27 ppm in brown rice which is higher than the checks BPT 5204, IR64, Kalanamak. It also out yielded the checks BPT 5204, IR64 which is a national check, Kalanamak and chitimuthyalu in the states released. The variety is distinguishable through morphological features like semi dwarf and strong culm which confers resistance to lodging, late senescence, erect and wide flag leaf which help in improving the photosynthetic ability which again helps in increasing the yield. compact heavy and completely exerted panicles and possesses desirable grain type of medium slender grains. The variety is late with duration of 135 – 140 days (Seed to seed).

In the trials in AICRIP trials at various locations in Andhra Pradesh, Karnataka, Tamil Nadu and Kerala DRR Dhan 48 established the yield advantage of 21.8, 8.9, 8.2 and 17.7 % higher than the best check respectively along with 22 ppm of zinc in polished rice and 27 ppm in brown rice.

Success story of DRR Dhan 48-Performance in farmer’s field
Sangi Nagaiah/Tummala Murali of Aroor village, Valigonda mandal, Yadadri Bhuvanagiri District of Telangana cultivated DRR Dhan 48 during kharif 2020 in an acre under the technical guidance of IIRR Scientists. Farmers appreciated the traits of DRR Dhan 48 in terms of it desirable plant height (slightly shorter than BPT 5204), resistance to bacterial blight despite not taking up plant protection measures and grain type akin to BPT 5204 and appreciated high (15-18) productive tillers per plant. Seed samples collected from farmer’s field as well as from IIRR, Rajendranagar farm were used for zinc estimation at International Rice Research Institute South Asia Hub (IRRISAH), ICRISAT, Hyderabad. The average zinc content in seed samples collected in farmer’s field ranged from 25.2 to 27.4 and 22.2 to 23.3 ppm in brown and polished rice respectively while in seed samples of IIRR farm ranged from 24.9 to 27.1 and 21.0 to 21.3 ppm in brown and polished rice respectively. Scientists from IIRR visited the farm at regular intervals during reproductive stage and performed roughing.

Impressed by the high yield and being aware of nutritional importance, Tummala Murali increased the area under cultivation up to 4 acres during rabi 2021. Scientists from IIRR closely monitored the fields and provided technical guidance from time to time. IIRR Scientists, research scholars and technical assistants visited the field at regular intervals to remove offtypes and mixtures which helped the farmer to maintain seed purity. Tummali Murali produced about 8 tonnes and expressed immense satisfaction. About 6300 kg of seed produced from his field was bought back by IIRR under SC-SP project and distributed to 210 identified beneficiaries for cultivation during kharif 2021. Tummali Murali is further extending cultivation to 8 acres during kharif 2021 and seeing his success story, many farmers from their village and neighbouring villages bought seed from Tummala Murali and will be taking up cultivation of DRR Dhan 48 during kharif 2021.

DRR Dhan 48 is a biofortified high yielding nutritionally rich with zinc along with desirable grain characteristics like medium slender grain type and good cooking quality which is preferred by almost all the southern states like Telangana, Andhra Pradesh, Karnataka and Tamil Nadu.Practical utility/ Scalability: 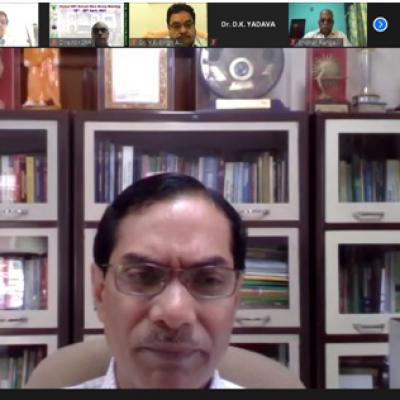 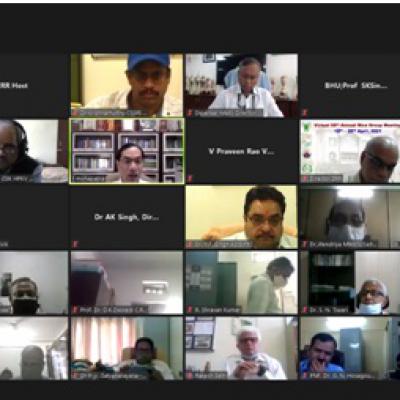 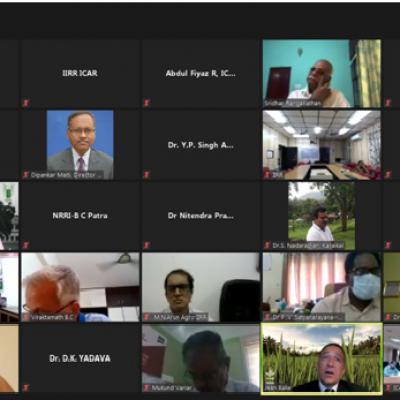 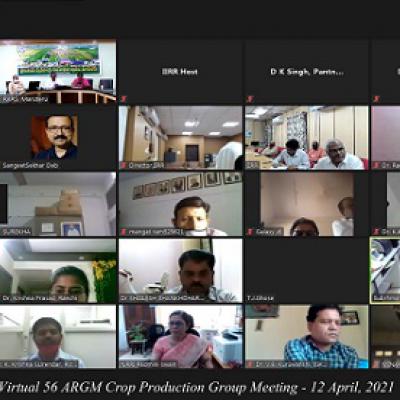 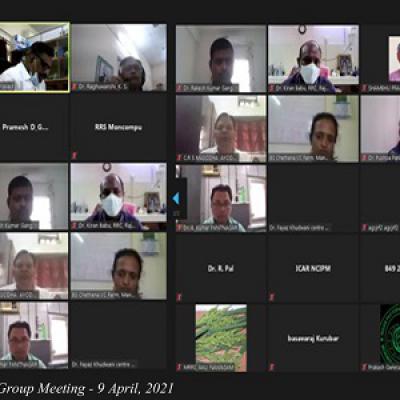 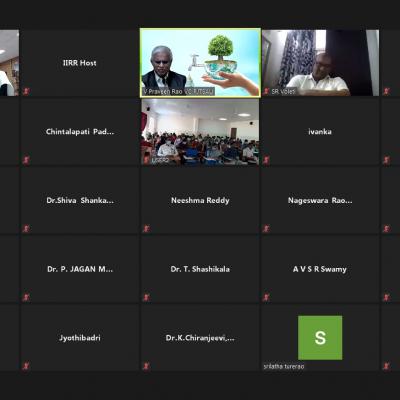